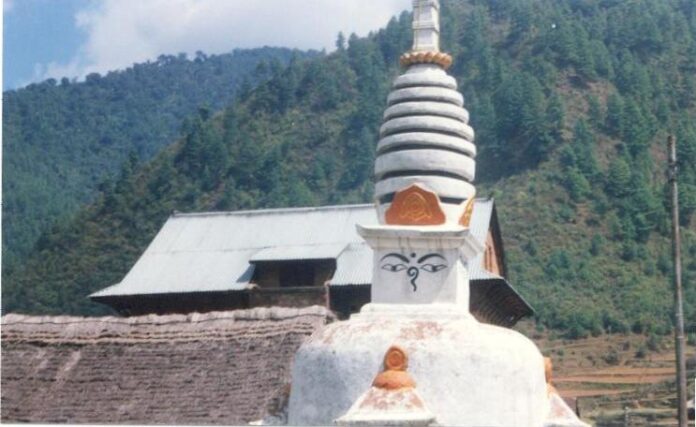 Ashok Chaitya (a Buddhist Cenotaph) is situated in the village so the place is named after Chaitya which later on became familiar as Chitlang.

In the western part of Makwanpur district, on the lap of Chandragiri Mountain range, there is a historical village called Chitlang. The historian monument built in the period of Ashoka, the great emperor of India, Ashok Chaitya (a Buddhist Cenotaph) is situated in the village so the place is named after Chaitya which later on became familiar as Chitlang.

Recently, more than four hundreds Buddhist Pilgrimages visited the place which helped in raising the public interest of this place. According to the information of an archeologist, Mr. Prakash Darna, the historical facts of the place can’t be publicized without the excavation of its internal area. According to him there is a statue of Yakshya couple in the western part of the forum wall. It is 16 feet long and 8.5 feet wide. It is anticipated that it is an ancient statue.

The shape of the Ashok Chaitya is similar to that of Shayambhu Chaitya located in Kathmandu.

It is assumed that the dismantling slope towards east and south of the Chaitya may cause damage to it. In front of the Chaitya, there were two stone taps but one of them has been replaced by the construction of house and the other has been resided in with a personal fence. Ancient bricks have been found around the Chaitya as it was excavated. It is believed that there was a monastery and the Buddha pilgrimage used to dwell in it. In the report prepared by well-known historian Mr. Dinesh Raj Panta, it has been claimed to be some stone scripts in the lap of the Chaitya. Had it been explored thoroughly, public would know the unrolled history of it.

According to Pandit Bajracharya this Chaitya is metal-stoned monuments. In a book written by former professor Mr. Dipankar Jain, Nalanda University, India, it is said that they had taken their meal in the same place where the Chaitya is situated at their stay in Nepal.

The devastating earthquake of 1990 B.S. had damaged the Chaitya and after the renovation, the front position of the statue inside the Chaitya has made faced towards south instead of north.

There is high possibility that this Chaitya can be developed into an archeological site and should be protected as national heritage. The concerned authorities must take suitable steps and an extra attention should be paid for its renovation in time or we will have to remorse later. 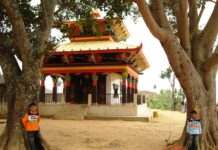 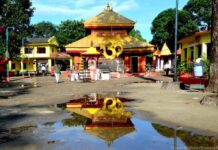 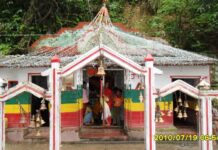 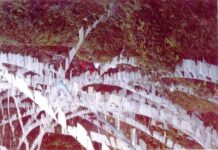 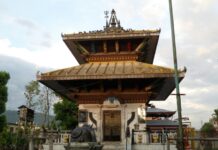 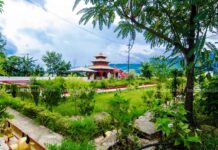