As there are many historical monuments in Nepal, which are out of sight of the concerned authority. But the Makwanpur fort is one out of those, which is being strictly taken care by the Nepal army.

The Makwanpur fort, which lies in about 17 kilometers north from Hetauda is the great achievement of the Sen dynasty. Before the unification of Nepal ‘The Sen dynasty’ ruled over Makwanpur till 1819 B.S. The then ruler of Palpa ‘Mukunda Sen’ divided his huge state into four parts among his four sons and so Makwanpur came under his youngest son ‘Lohang Sen’.

The another king of the same regime ‘Tula Sen’ constructed the Makwanpur Fort during his ruling period. Later on his grand daughter, Indra Kumari was married to King Prithivi Narayan Shah of Gorkha State, who annexed Makwanpur to Gorkha in 1819.

This fort is situated at an altitude of three thousand and five hundred feet above the sea level. The Hetauda-lalitpur, Kanti Highway, which is now under construction, runs through its lap. It is remarkable that we can have a very beautiful and gorgeous sight seeing from a fort made out of stones. We can also get a clear view of Birgunj (gateway of Nepal) and Raxaul (border of India) from the fort.

There are two castles in the fort, one is called the ‘Mool Gadhi’ (the main fort) and other is ‘Sanno Gadhi’ (the small fort). About 35 years ago, there was a palace called ‘Jungey Darbar’, which had its own supernatural beauty and it was an important belonging of the ‘Sen Dynasty’. But instead of conserving the historical monument, the later Sen king used the palace (Jungey Darbar) for their personal uses.

Having historical and cultural importance, The Makwanpur Fort is a very precious wealth of Makwanpur district. 25 feet high and 7 feet wide wall surround the fort. There is also a 10 feet deep canal, which was constructed in order to protect themselves from the enemies.

In order to protect the fort, some soldiers are in duty. People are not allowed to take photograph of the statue. On the occasion of Lord Krishna’s birthday (Janmasthami) and Tholo-Ekadashi, a big fare is organized in the fort. People from Hetauda and its neighboring villages go there and enjoy the fare. This place is not only an important historical place but also people from Hetauda and its neighboring places go to the place for picnic. But the sad part of it is that there is a great problem of drinking water. 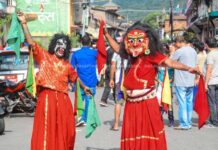 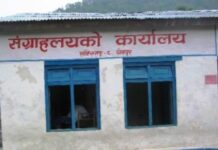 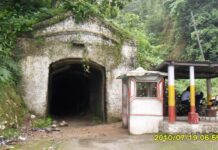 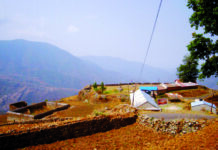 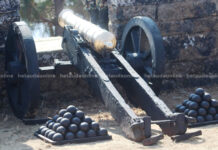 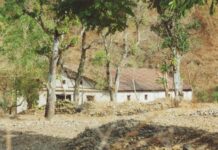